Kondex Machine Operator Ken Schultz recently retired from Kondex after 30 years of service. Schultz began his career in the Assembly Department where he built sickle assemblies used in crop harvesting. He later served as team leader in this department before transferring to grinding operations and becoming team leader there. Schultz spent several years making disc mower knives, along with supporting Kondex in maintenance, sickle section manufacturing, and heat treatment operations.

For more than 20 years, Schultz worked alongside his wife, Vernie, who retired from Kondex in 2016. The couples’ retirement plans include moving to Georgia, where they purchased land and property to operate their horse farm and enjoy being closer to family. 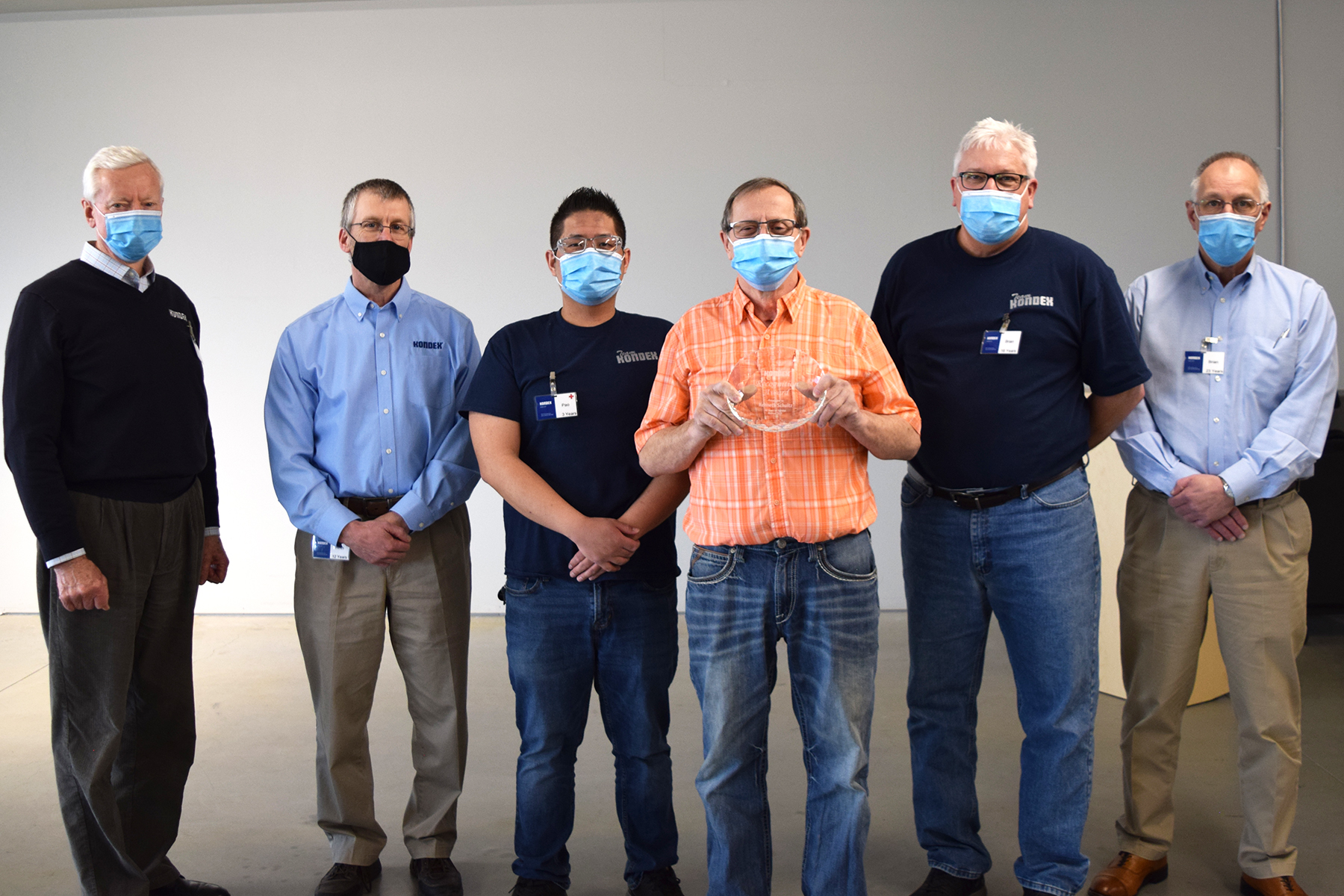 “I’ve run most of the machines at Kondex,” commented Schultz about his various roles with the Company. “I was also able to assist with several projects that reduced costs or made things more efficient. Over the years, I made a lot of close friendships, and I’ll miss the people I’ve worked with. The one thing I won’t miss is the snow!”

Schultz has not only run numerous machines, he made Kondex history in being the first operator when the disc mower knife line was added, as well as the first operator of its austemper heat treat line. He was always willing to help with machine maintenance, and took a lot of pride in his work. According to Team Leader Steve Prink, “Ken never ran away from getting in on the repairs. He has a quick wit and would always find something humorous to say in any situation.”

“Ken’s contributions during his tenure to various areas of Kondex were instrumental in the growth of the organization,” said Manufacturing Team Leader Brian Gassner. “His efforts were greatly appreciated and will be missed going forward. I wish him well in his retirement, and look forward to seeing him at the annual Kondex holiday luncheon.”