Kondex’s Senior Application Engineer Andy Theisen was selected as the Most Valuable Player at this year’s Agricultural Equipment Technology Conference (AETC). AETC is a specialty conference for the American Society of Agricultural and Biological Engineers (ASABE), an organization that is dedicated to the advancement of engineering as it relates to agriculture, food, and biological systems.

The MVP award is a coveted annual distinction presented to a member of the conference’s planning committee that displays outstanding support, leading to a successful conference. To receive this honor, the recipient is first nominated by a fellow member of the AETC planning committee. ASABE leadership then reviews nominations and ultimately selects the recipient. The formal presentation of an engraved bat is a nod to Louisville, the city where the conference is most often held, as well as the home to the widely known Louisville Slugger. 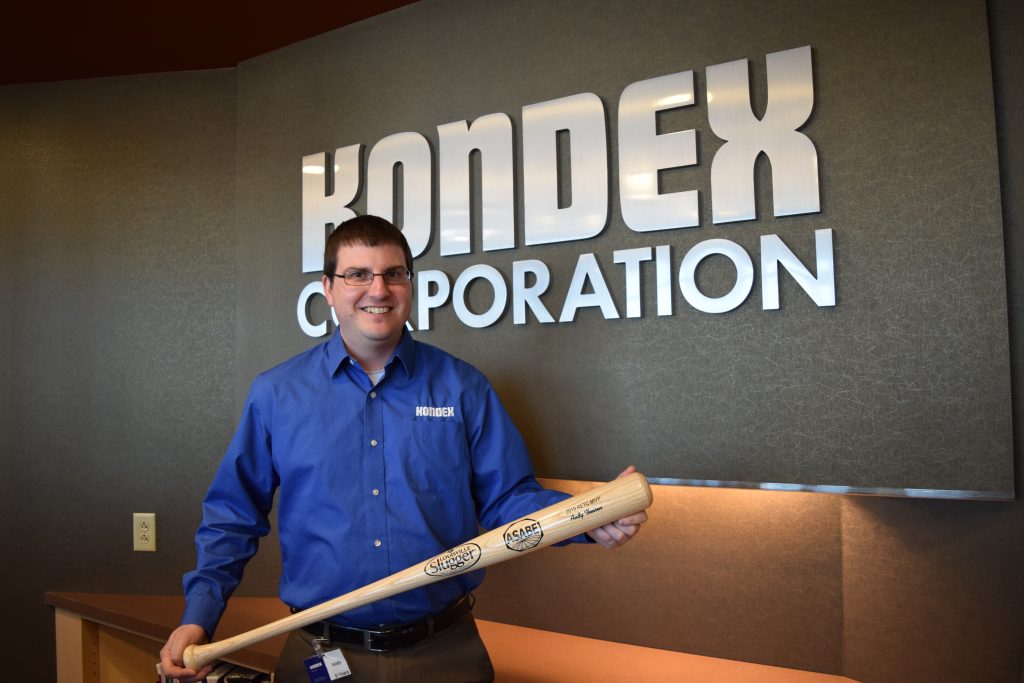 When asked what this honor meant to him, Andy replied, “I’m very proud to have the opportunity to contribute to AETC and ASABE, yet it’s always humbling to be recognized. In this case, the recognition comes from the same people putting in the work to make AETC successful. The conference provides a forum that links industry and academia around the latest technology in agricultural equipment and is clearly beneficial in my applications role at Kondex.”