Senior Application Engineer Andy Theisen recently received an Agricultural and Biological Systems Engineering – Young Engineer Award from the Wisconsin Section of the American Society of Agricultural and Biological Engineers (WIASABE). This award honors one individual annually for outstanding contributions to the advancement of the agricultural and biological systems engineering profession. Recipients of this award must be good-standing members of WIASABE, under the age of 40, and nominated by their peers.

Theisen has been an active member of ASABE since 2012. He served as WIASABE Chair for the past year, Chair of the ASABE AETC Planning Committee in 2018 — for which he was also recognized as MVP—Past Chair of the MS23/7/2 Forage and Biomass Committee, and member of the MS32/7/1 Grain Harvesting Committee. 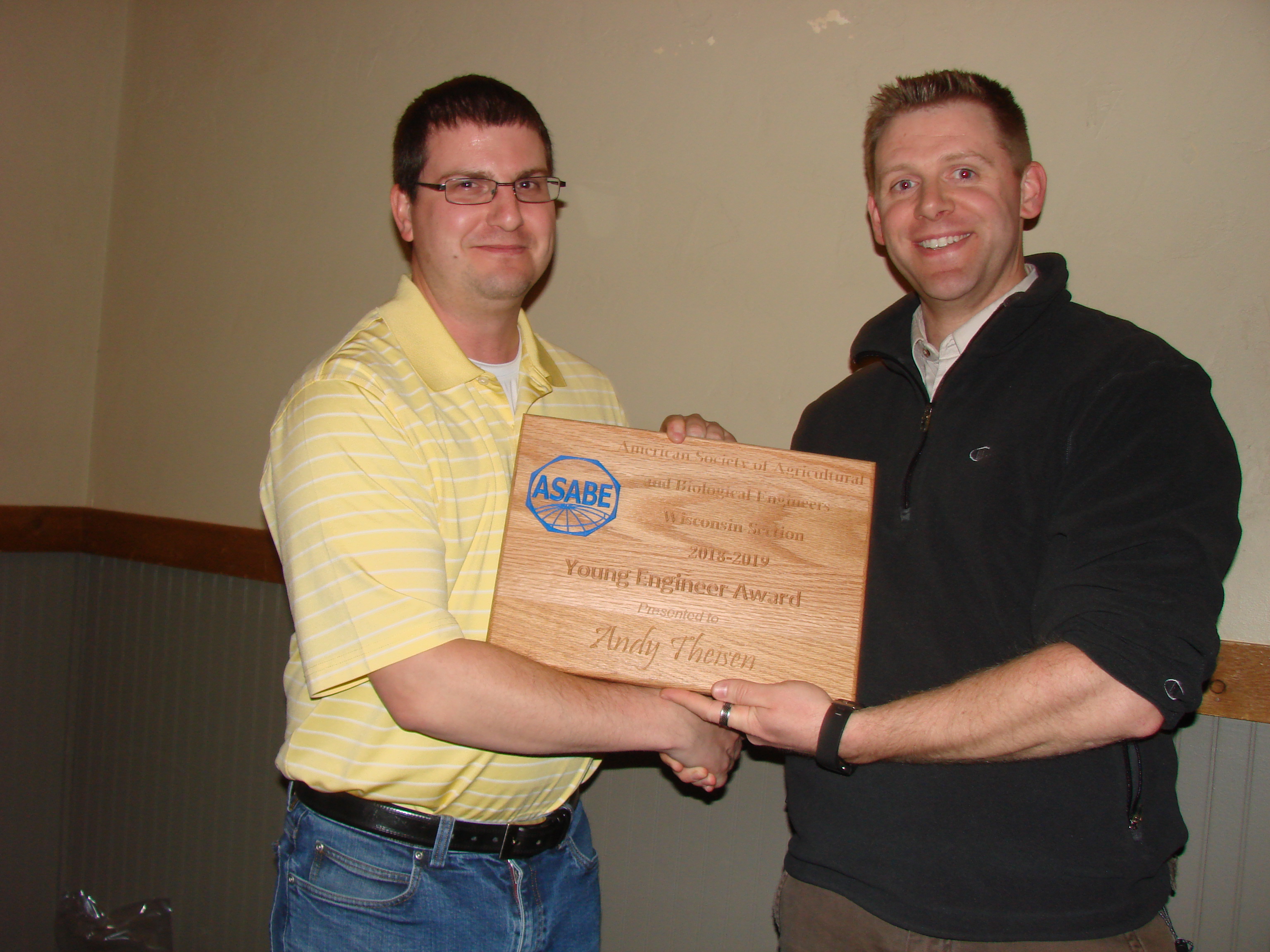 Beyond committee contributions, Theisen has delivered presentations to ASABE on new technologies and innovations that would benefit other chapters. He’s also been instrumental in new product design and development for Kondex, including extensive lab and field testing. Theisen is named on four Kondex patent applications and/or grants.

“In many ways exceeding the challenging requirements and expectations for the award, Andy’s ambitions, intelligence, and accomplishments complement precisely the stellar community of past recipients and make him highly deserving of the honor and opportunity bestowed by the WIASABE Agricultural and Biological Systems Engineering – Young Engineer Award,” wrote Kondex Senior Project Engineer and WIASABE Webmaster Neal Stoffel in his nomination letter.